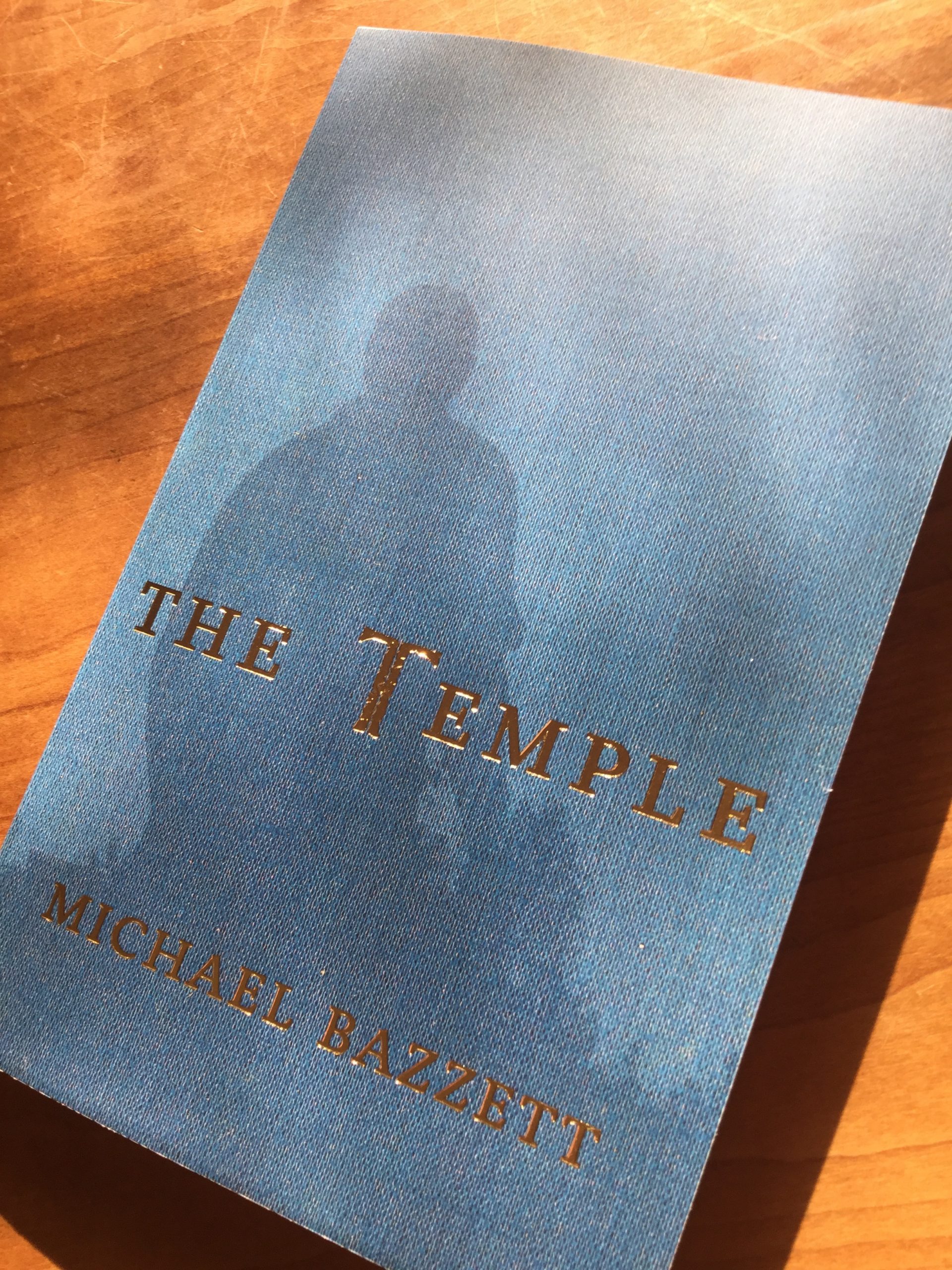 In The Temple, Michael Bazzett has created a testament to inhabiting, for a while, a body in this world. It’s a book seeking glimpses of the great beyond, a heaven fashioned out of earth and questions, in the here and now.

“Of poets writing today, I can’t think of any whose metaphors are more satisfying than Michael Bazzett’s—and The Temple is his best work yet. These poems are strange-making and surprising, full of wry humor and unexpected turns, but so wise, so eerily just-right, I take them as truth.”

“Michael Bazzett’s poems are winsome with a little bit of wicked. In The Temple, Bazzett’s poems narrate old stories—of belief, of ageing, of the body—through new openings. His gods have regrets, cigars, and departures. His angels have bawdy senses of humour and are as immediate as they are intimidating. These poems are cinematic—a mouse watches a burning city, people travel tunnels the wrong way, a man spies his older self on a street but doesn’t interrupt him. You can milk a stone in the world of these poems, and everybody is conversational, chatty, full of grief and longing. Lurking in the corners of The Temple is time, looking at all that’s changing: where once he could bound, a dog now ambles, writing poetry.”

“The Temple invites readers to drop their bodies and sink into a realm of strangeness so breathtaking, so alive with mystery and mysticism, that the place begins to feel en-chanted, even holy. Recognizing that we often crave more space for the imagination and more certainty about our worth as living things, Michael Bazzett pushes us to seek out an imperfect God, not as a source of answers, but as a mirror in whose reflected presence we can find acceptance, solace, and light.”